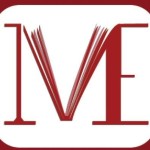 For the first time since its inception in 1881, India’s decennial census – which was supposed to be held in 2021 – has been delayed. When the government was gearing up for the first phase of the census in 2020, COVID-19 hit and data collection was disrupted due to movement restrictions and lockdown. While there is no clarity on when it will be held, experts are worried about its consequences ranging from incorrect allocation of resources to exclusion of people from welfare schemes. “One of the immediate effects of this delay can be observed on the public distribution system (PDS) wherein poor people are supplied with food and essentials”, says economist Dipa Sinha, a professor at Ambedkar University, Delhi. Research shows that as the government still relies on the Cesus-2011 data to determine the eligibility for aid, about 100 million people are estimated to be excluded from the PDS. While there is an overall data issue in the country, it is believed the delay will further hamper the international reputation of India due to its declining data integrity.

Just five minutes of walking every half hour: Antidote to prolonged sitting